Yep. It’s a real thing. Nintendo is selling cardboard in cardboard boxes and I want to buy it. All of it. Nintendo Labo was announced yesterday in a video posted to the company’s YouTube channel.

From the video we can see that Labo is a series of DIY cardboard kits and instructions designed to be built and played with using the Nintendo Switch.  A Working 13 key piano, a fishing rod, even a wearable VR- like robot backpack are all shown being used with the hit console. And I want them. There is a charming and adorable quality to what Nintendo has done here. Add to that the initiative of “Make, Play, Discover” and it seems that the Big N may actually have found that 1st party magic that makes parents want to buy this for their children.

The “Discover” portion has the potential to make this more than toy. It’s designed to show the builder how what they have built from cardboard actually works and makes use of some of the additional functions of the Joy-Con controllers such as the infra-red camera that can “see” which keys are being pushed on the piano and play the corresponding note. This puts Nintendo into an area of toys usually reserved for companies like Lego with their builder series.

There will be two kits available at launch on April 20th. The Toy-Con 01 Variety Kit and the Toy-Con 02 Robot Kit. The Variety Kit consists of 5 different projects. 2RC Cars, 1 Fishing Rod, 1House, 1 Motorbike, 1 Piano and the Nintendo Labo Variety Kit software for $69.99. 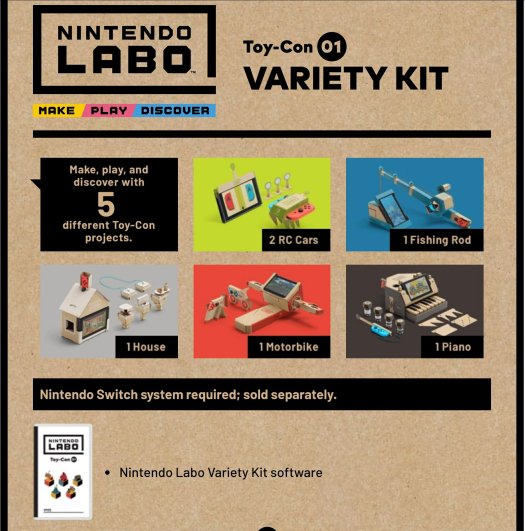 While the Robot Kit stands alone and retails for $79.99. 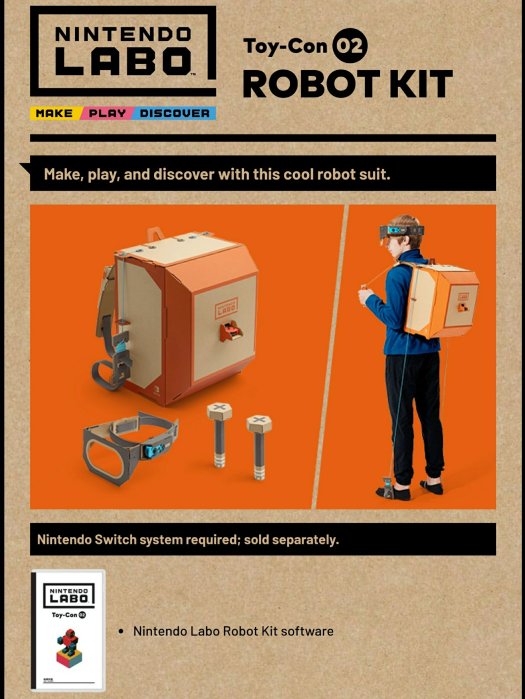 It remains to be seen in what other ways Nintendo plans to make use of Labo or whether or not third parties will cash in on tech. Either way, Nintendo may have just shown us how they will outdo the stellar year they had in 2017.